The Dissecting the 80s Hall of Fame is an exclusive club of the favorite icons of The Mega Podcasting Powers. Each of the hosts chooses one entrant from the year’s podcasts, be it an actor, director, prop, character or some other object unnamed here.

The Killbots from Chopping Mall: I had never seen that movie before and it has instantly become one of my all-time favorite cheesy movies! It’s also become something that I use as an example of what crazy stuff we watch. Plus it has a true bag of soup head shot! – Tripp

The Amityville Horror House: Because we will never have to watch this house again! – Andrew 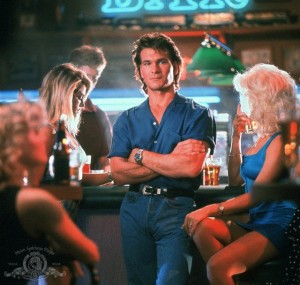 Patrick Swayze: 80s is peak Swayze, and we’ve had a blast with all the films of his that we’ve covered. We’re likely to throw a few more in over the years (Looking right at you, Red Dawn), but not only did he star Road House, one of my favorite episodes, he was also the lead in Dirty Dancing, our first live show!

Lea Thompson: From getting accidentally sent to space in Space Camp to seducing her own son in Back to the Future, Leah is a huge part of our show! – Andrew 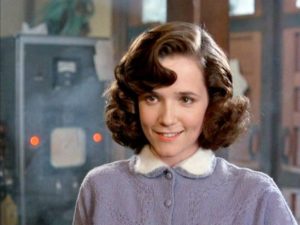 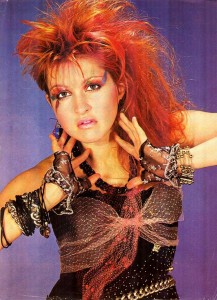 Cyndi Lauper: When I think of the 80s the first thing I think of is Cyndi Lauper. Her music and style perfectly encapsulate the spirit and pop culture of the 80s. She’s also the key reason that this show even exists so it would be rude for me to choose anyone else as my first inductee.
– Andrew 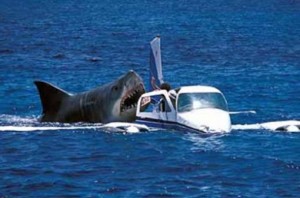 Bruce the Shark: JAWS is just about the closest thing our family has to a religion, so it was only natural our pal Bruce would pop up on the show. That we managed to do both of his eligible movies in our first year is a major testament to our love of him, and since there’s no chance for him to make another appearance, his entry into the hall was an absolute must.
– Tripp